About the Cognitive Science of Language 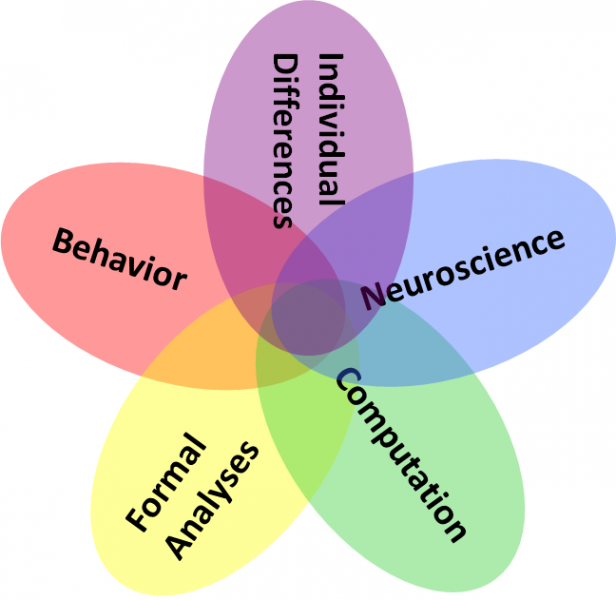 Language is the quintessentially human ability. No other communication system matches human language in either the complexity of its structure, or the flexibility of its function. Language is fundamental to much human activity, whether we're talking about the importance of spoken language in enabling social interaction and cooperation, the fundamental role of written language in conveying and preserving ideas, or the recent function electronic language in making vast amounts of knowledge widely and instantly accessible.

The scientific study of language is larger than any one field. Linguists investigate the structure and evolution of language; psychologists examine how humans process and use language; neuroscientists probe its neurological underpinnings; computer scientists and computational modelers investigate the algorithms and architectures that execute these processes; and speech-language pathologists seek to understand differences and disorders among language users.

In the current scientific climate, language scientists must be conversant in multiple domains. Computer scientists can’t develop algorithms for mining large corpora of text without an understanding of language structure; speech pathologists can’t identify and treat language disorders without an understanding of the mechanisms of language learning and processing; neuroscientists are increasingly seeking to understand the brain via insight into behavior afforded by psychology and computational modeling; and linguists working on the structure of language are finding that evidence from psychology, neuroscience and individual differences are crucial for constraining theories. Other topics simply are interdisciplinary. Scholars who build computational models of language learning and processing must seamlessly integrate computer science, neuroscience and psycholinguistics. Similarly, as more and more people speak multiple languages (or desire to) understanding the problems and opportunities posed by multilingualism, requires us to understand simultaneously the structure of language, the mechanisms of learning and processing, and the unique issues they raise for pedagogy. Moreover, funding agencies and scholarly communities now emphasize collaboration, translational research, and societal impacts. As these goals become increasingly emphasized, interdisciplinary collaboration is an essential ingredient of any language scientist’s portfolio. 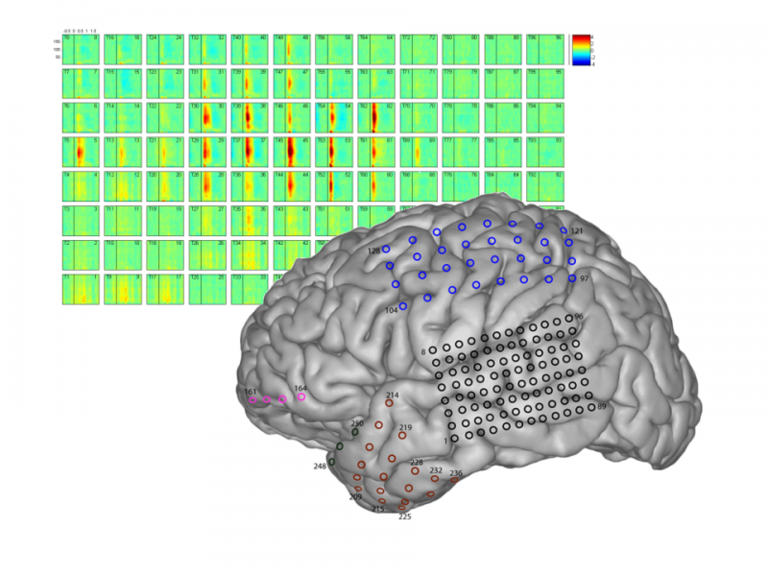 While it is essential that budding scholars have a strong theoretical seamlessly bridge disciplinary boundaries grounding in the paradigms and methods of a traditional discipline, students must also develop the ability seamlessly bridge disciplinary boundaries. Students must develop a deep appreciation of and respect for the multiple fields that comprise the language sciences, and of interdisciplinary research in general; they must gain the ability to glean insights from diverse fields into the their own research questions; and they must be capable of collaborating with and communicating the research to people in many disciplines. Such students will be well-placed in the academic marketplace and ultimately make a bigger impact on the language sciences than students more narrowly trained.

The goal of the The Interdisciplinary Graduate Certificate on the Cognitive Science of Language is to develop a more systematic approach to graduate training that can formalize this interdisciplinary spirit. We aim to train students to be consumers and connoisseurs of multiple disciplines within the language sciences, while simultaneously giving them a strong disciplinary foundation upon which to build their careers as scientists. Moreover, such students can grow and enhance the interdisciplinary ties within the university of Iowa, playing a key role in seeding and building greater collaboration among laboratories.

The Cognitive Science of Language Program at the University of Iowa the is uniquely situated to develop this next generation of students. There is an impressively large cohort of faculty who focus on language. These span the Departments of Psychology, Linguistics, and Communication Sciences & Disorders, as well as the Interdisciplinary Graduate Program in Neuroscience. There are also additional faculty in the FLARE program (Foreign Language Acquisition Research and Education), the Division of World Languages Literatures and Cultures, Computer Science, and even Neurosurgery. There is a strong interdisciplinary network in place, including the weekly meetings of the Language Discussion Group, the interdisciplinary activities of the Delta Center, a growing informal network of lab rotations that cross departmental boundaries, and a number of existing and potential cross-departmental collaborations and grants. While many top cognitive science programs can boast such strengths, the opportunities at Iowa are extraordinary in scale, even compared to the top programs. Perhaps even more uniquely, Iowa is one of the few universities that add strengths in language disorders and differences to the more traditional blend of linguistics, psychology, computer science and neuroscience that forms the core of the Cognitive Sciences. Our #1 ranked Department of Communication Sciences and Disorders is an integral component of our unique mix. As NIH moves increasingly toward funding translational research, the opportunity to incorporate knowledge of disorders into the study of language is invaluable to the next generation of scientists, and this is an opportunity that few other universities can match.